Would you like to switch to the accessible version of this site?

Don't need the accessible version of this site?

PROTECTING YOUR CHILDREN FROM DIVORCE 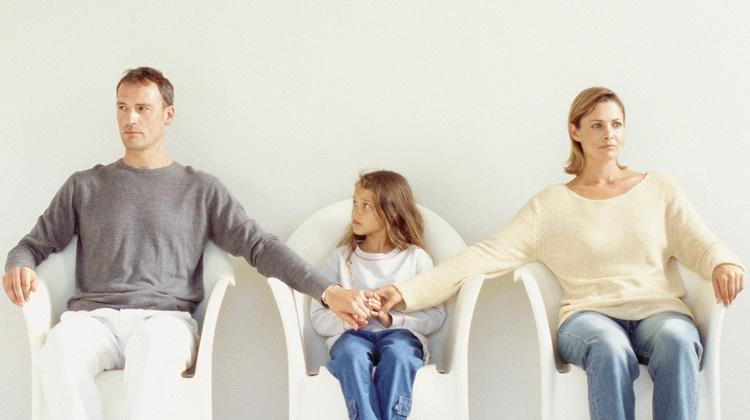 Okay, let's assume you are going through a nasty divorce. (Isn't that a little redundant. )Aren't all divorces nasty? the reader asks. Yes, most divorces are at best unpleasant and at worst horrific. You are probably experiencing some of the following emotions: feelings of sadness, loss, anger, helplessness, hopelessness, abandonment, betrayal, guilt, and remorse.

Like most adults going through a divorce, you are likely to have kids. There may well be a custody battle to see who gets the most time with the children. There is likely to be a certain amount of contempt that you have for your ex, and they are likely to have contempt for you as well. Unfortunately, our legal system often adds fuel to the fire by pitting each partner against each other. Family law attorneys are trained to get the most for their client. So you may be at war with your ex.

So knowing how unfavorable these conditions are, we need to be mindful of how our children are being affected. Children often feel sad, scared, and overwhelmed. Many times, they feel like their entire world has been undone. Depression, anxiety, behavior and school problems are not uncommon.

Unfortunately, parents frequently make matters worse by including their children in their battle. Like pons in a chess game, children are sometimes used to outmaneuver their opponent. When this process is severe (and the other parent is successful in getting the child to dislike and not want contact with the "other" parent), we refer to it as Parental Alienation Syndrome.

Parental Alienation syndrome (abbreviated as PAS) is a term coined by Richard Gardner the early 1980s, that describes a child who has become emotionally distant from a parent due to the undue influence of the other parent. In a nutshell, one parent is manipulating the child to dislike the other parent. Typically, this occurs when parents are going through a divorce and there is a custody battle.

So what would motivate a parent to get their child to dislike their own mother or father? Shouldn't our children have a good relationship with both parents? There are several reasons why a person may lose sight of their child's needs, and try to turn their child against the other parent. Revenge, contempt, financial gain, feeling of betrayal, or abandonment, hurt and anger are the most common.

Here is an example based on a case that I have treated. John, a 42-year-old male is separated and getting a divorce from his 35-year-old wife Jane. They have two children 6 and 14. John filed for divorce when he discovered that his wife was having an affair. He had hired a private investigator who was able to produce photos of his wife and her lover leaving a hotel room. Bitter about his wife's betrayal, he wants revenge at any cost. He shows his children the pictures and tells them that their mother is responsible for ruining their marriage and family. He rationalizes this bad behavior by telling himself that "they should know". Of course, the error is that children should not know everything that is going on in the parent's relationship. Furthermore, parents need to take the high road, understand that children benefit from having a good relationship with both parents, and support the relationship with the other parent. John continues to alienate his children by constantly bad mouthing their mother by telling them that she doesn't care about them, she's selfish,etc., etc. In fact, John takes every opportunity that he can find to put her down and find evidence that she is a bad parent and horrible person. He also uses his children by having them spy on their mother and report back to him who she's dating. He has even had them steal her cell phone so he could retrieve her text messages.

Of course, this is an extreme example, and most parents are not this ruthless in their efforts to get even with their ex. So let's talk about the Dos and Don'ts of Co-parenting: