Would you like to switch to the accessible version of this site?

Don't need the accessible version of this site?

Coping with the Coronavirus Quarantine: Part I Denial 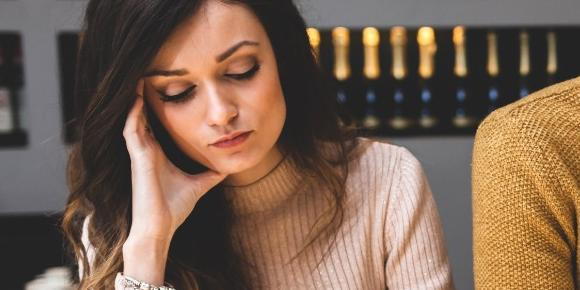 When  the Coronavirus broke out, many Americans were in denial. We believed  that we wouldn’t  be significantly effected. There were several  arguments that supported  our denial. Three popular denials included the following:

1.    The Coronavirus Crisis isn’t real. The media had created this crisis through sensationalism and over dramatization.

2.    The Coronavirus is “fake news” motivated by various political organizations or by foreign enemies.

3.    Another argument was  that the concern and risk of infection and death  was dramatically  exaggerated. Some argued that the common flu kills many more people than the Coronavirus.

As more Americans became infected, and as the death toll increased, we became quarantined.

I believe the majority of Americans are no longer in denial and are taking it quit seriously. However, there are still many who are in denial. One way to understand this “denial-phenomenon” is by understanding  what is known as Cognitive Dissonance Theory.

Festinger's (1957) cognitive dissonance theory contends that we have an inner drive to hold all our attitudes and behavior in harmony and avoid disharmony (or dissonance). This is known as the principle of cognitive consistency.

When there is an inconsistency between attitudes or behaviors (dissonance), something must change to eliminate the dissonance. Either the behavior or belief about the situation must change.

A noteworthy example of cognitive dissonance was  what happened in Nazi Germany (and neighboring countries) with the rise of anti Semitism in the 30s. Many Jewish Citizens dealt with the disharmony (cognitive dissonance)by choosing to accept the fact that they were in danger. They left the country and moved to a safer environment.

However many ignored the anti Semitic fervor and rumors of “work camps”.  By choosing to believe that they were safe, it gave them cognitive consistency and removed disharmony (cognitive dissonance). Furthermore, they would rationalize that “the Jews were important both financially and professionally to Germany. Therefore they would not be harmed.” Of course this was disastrous and 6 million Jews were murdered at the hands of the Nazis.

So it is important to take the threat of the Coronavirus seriously. This isn’t exaggeration or “fake news”

I strongly suggest the following:

1.    Trust and respect the guidelines of the quarantine. It’s meant to keep us safe and healthy and stop the virus from spreading.

2.    Minimize the amount of time you are in public. It’s possible to order groceries and household items online.

3.    If you must be in public (to buy groceries, etc) practice social distancing.

4.    Since it is possible to have the virus and be symptom free, Wear a mask when you are out in public. This will protect others if you have it, and you are less likely to touch your face if you wear a mask.

5.    Wear gloves in public spaces (especially bathrooms)because it will reduce the risk of infection. Be sure to dispose of the gloves (or disinfect them if you only have one pair) after use.

I’m writing this article in segments because I want this information to be available to my followers As soon as possible. I will be following up with coping with loss, depression and anxiety within the next few days.

This concludes today’s article: Coping with the Coronavirus Quarantine:

Dr Steve Rockman is a  Clinical Psychologist with over 40 years of experience. Although he himself is practicing “social distancing” by not seeing patience in his office. He is available for Face Time and phone sessions. Furthermore, he is offering a free 15 minute Face Time/phone check up for previous patients and a free 20 minute session for new patients. DrRockman can be reached at [email protected]